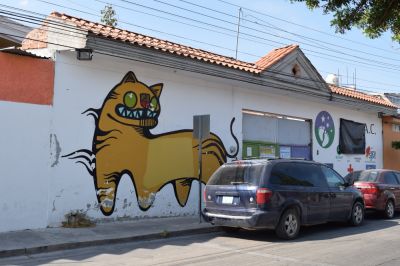 ABBA House is a shelter for Central American migrants located in Celaya, in the Mexican State of Guanajuato. It is one of 57 such shelters in Mexico. It has been in existence for five years, and provided food and shelter for 25,000 people during that time.

ABBA House serves both migrants in transit and long-tern residents. Migrants usually stay for three days, then move on to the next shelter. They get a roof over their head, meals, and hot showers. When they leave, they are given a two-day supply of food. At this time, most of the transients are coming from Honduras; the rest come from Guatemala and El Salvador.

Residents are refugees who have some sort of disability which requires long-term support. Many of these residents are amputees, the result of freight train accidents. One such amputee is Alan, from the Department of Cortés, Honduras. He has a wife and two daughters. He is 51 years old, and has been at ABBA House for nearly a year. He had a very serious injury due to a fall from a freight train, and his right leg was amputated below the knee. He doesn't remember any of the details of the fall; he was found by the Red Cross, and he was fortunate that they got him to a hospital in time to save his life. This injury was not healing well, and after a number of consultations, the decision was made two months ago to do a second amputation above the knee. Now it is healing very well, and he will be in rehab within the next two months. He speaks English, and is popular among the volunteers. He has a good sense of humour, loves to play cards and do jigsaw puzzles. Because he is the oldest resident, and has been there for a long time, the other residents look up to him. He regrets being unable to help support his younger daughter because of his injury. 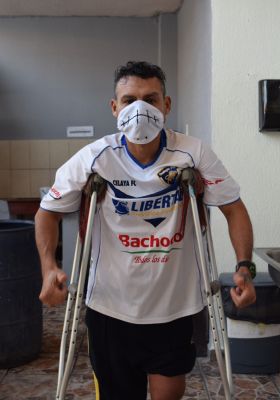 The building was recently purchased, after the previous owner went bankrupt. This development opened up some funding opportunities. The United Nations Refugee Agency has made donations for solar panels, solar hot water heaters, and a security camera system. The shelter also gets funding from the Latin America Relief Fund.

ABBA House has a staff of nine people, including a nurse, a vocational rehabilitation specialist/literacy instructor, a psychologist, and a cook. The "portero" is an important person; he screens migrants, gets their health history, and provides them with a fresh set of clothes. There is a "velador" who admits people at night. The manager and founder is Pastor Ignacio Martínez Ramírez. He is currently studying law at Universidad Continente Americano. He plans to become a teacher of human rights when he completes his degree a year from now. 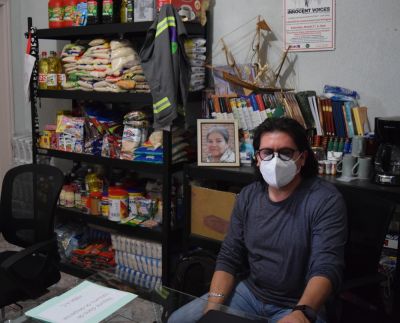 Stan Allen is a volunteer and fundraiser for ABBA House. He is from Atlanta, and is a retired licensed clinical social worker. He has lived in Mexico for four years. He originally set up a GoFundMe page to raise money to purchase shoes for the migrants. That goal was accomplished, and the page is now a general source of revenue. The money is used to provide shoes, backpacks, socks, and underwear. Stan handles clothing donations from the expatriate community in San Miguel de Allende, 50 km. away. Stan posts updates every month or so on the GoFundMe page with stories about the shelter and the migrants.

In conjunction with some of the other Mexican shelters, ABBA House maintains a database of migrants. It is useful for reconnecting family members who get separated during their journey.

Why do these migrants come to Mexico? The "northern triangle" countries, Guatemala, Honduras, and El Salvador, are three of the poorest countries in the Americas. According to Stan Allen, "There is an enormous amount of gang violence, corruption, and poverty. Also, the economies are being wrecked by the effects of climate change. Many people are leaving, not because they feel like they are choosing to leave, but because they have no other option. It's not just about making more money roofing houses for Americans; it's about the opportunity to save their lives. So, the situation in the "northern triangle" is very dangerous. And on top everything, the two hurricanes that were just a week apart, and destroyed large parts of Nicaragua and Honduras and leaving people totally dispossessed."

Pastor Martínez runs ABBA House according to an important set of values. It is his practiced belief in the respect of the human rights of migrants and their human dignity. He says that it is a human right to migrate. Borders are man-made, and migration has been around as long as there have been human beings to move places. The doors of ABBA House are open to all in need, and no fees are charged to migrants. Protecting women and children and LBGT people are part of the heart and mission of ABBA House. 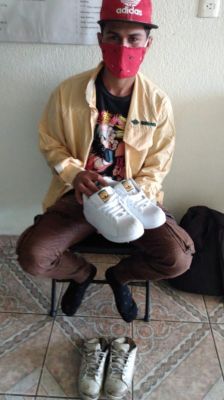 A new pair of shoes 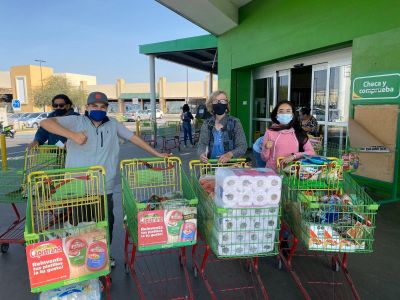