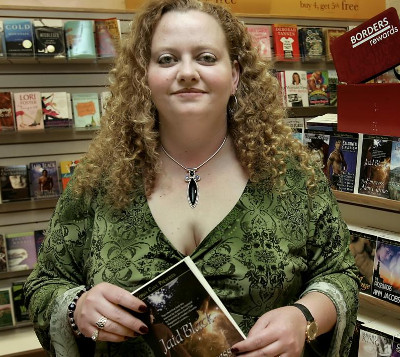 I first thought that something was wrong when comedian Bill Maher was invited to give the keynote address at the University of California Berkeley commencement in December, 2014. A small group of Muslim students there didn't like it, and several articles in Daily Kos took up the "islamophobia" cudgel.

One question you could ask is, if you're not a student, a member of the faculty or staff of UC Berkeley, or even root for their athletic teams, why is their choice of a commencement speaker even any of your business? Another valid question is, what exactly is this "islamophobia" that is a common insult hurled at Daily Kos?

If you were to ask Salman Rushdie about it, he would tell you that the religion of Islam is something to be afraid of. So would the employees of the Charlie Hebdo magazine. And the friends and relatives of people killed in the September 11, 2001 attack. And women forced to wear burqas and put up with all sorts of other restrictions on personal freedom.

This doesn't matter to the Haters. And although the stated objective of Daily Kos is to "elect more and better Democrats", it doesn't matter that Maher contributed a million dollars to the Democrats in 2012, and has committed another million to the Democrats for 2018. I wrote this article in response to the UC Berkeley dustup: Maher spoke at UC Berkeley commencement, world still turning

Maher occasionally talks about obesity on his show. One one occasion, this resulted in an article on DKos accusing him of "fat shaming". So, comedians (and for that matter, everyone else) are not allowed to talk about obesity? Well, I'll talk about it right now. Obesity is a very serious health problem (worse than the opioid epidemic), and it's getting worse, not better. The United States has the highest obesity rate among OECD countries. Maher should applauded, not castigated, for drawing attention to it.

There was an extended fight between "Kossack" supporters of Hillary Clinton and Bernie Sanders, and this is well within the mandate of Dkos. However, the arguments against Hillary included two Wikileaks (and as we now know, Russian) memes:

1. The Democratic National Committee "rigged" the nomination contest in Hillary's favour. This claim attributes way more influence to the DNC than it actually has. Primaries are conducted at the state level, and it is election officials who set the dates of primaries, arrange the polling places, and count the votes.

2. Hillary murdered Honduran activist Berta Cáceres. No, she didn't, but if you're trying to convince voters to vote for Sanders, or vote for someone other than Hillary in the general election, or not vote at all, this was a good way to do it. It's more believable than the one about the child sex ring in the basement of a Washington, DC pizza parlour.

In addition, there was the oft-repeated accusation that Hillary was a "Goldwater Girl" when she was 16 years old. This one is actually true. But, so what?

Another target for the Haters was Sen. Al Franken, a Democrat who represented Minnesota. When accusations of various things that happened prior to his Senate career came out in November, 2017, a lot of articles appeared on the topic, many of them in support of Sen. Franken. One of them was written by Tina Engler, who writes "erotic romance" novels under the pseudonym Jaid Black. She served on the board of directors of the Tampa chapter of the National Organization for Women. She pointed out that the public campaign against Franken started with long-time dirty trickster Roger Stone. Her article got an impressive 656 recommendations.

However, Markos Moulitsas, the proprietor of Dkos, came out in support of the anti-Franken pogrom. The result was, Engler's article was removed, and she was banned from publishing on Dkos. She retaliated by demanding that DKos remove all her articles from the site.

An earlier target of the Haters was former Virginia Gov. Terry McAuliffe. During the 2013 election campaign, there was a barrage of negative comments about him, even though the Republican candidate he defeated was a very bad man. One commenter in particular stated that if McAuliffe won, he would be impeached before he completed his term. Well, McAuliffe did complete his term, and he did some good things during it. If that commenter posted an apology for his incorrect prediction, I didn't see it. How many Virginia voters decided to stay home because of this negativity? We'll never know, of course, but what went on at DKos during that 2013 election campaign doesn't support DKos' stated objective of electing more and better Democrats.

The Haters are big on name-calling. I was called a "misogynist" for having the nerve to point out that New York Sen. Kirsten Gillibrand worked for Phillip Morris prior to getting elected to Congress. Tennis umpire Carlos Ramos was called "misogynist" and "racist" because he had to deal with Serena Williams' tantrum in the US Open final, by accusers who don't know how many points there are between 15 and 40. People making fun of Kim Davis, the county clerk who refused to issue marriage licenses to same-sex couples, were accused of "lookism".

If you spend a lot of time reading DKos, you'll also learn that Samantha Bee shouldn't have called her TV show "Full Frontal." And they when the film "West Side Story" was made in 1961, they shouldn't have cast Natalie Wood as Maria because she wasn't Puerto Rican.

Comments at DKos are moderated. There is a published criteria for unacceptable comments. In practice, however, name-calling, innuendo, and outright lying are acceptable, and objecting to lying is unacceptable.

We live in a post-truth era, and it's unfortunate that DKos has come down on the wrong side of it. Their management has put their thumbs on the scale against truth. And rather than being a positive voice for the Democratic Party, it has become a forum of divisiveness, and at times an embarrassment to Democrats. The "Kossacks" are easy to manipulate. In the words of Tina Engler, "We live in an era where even minute differences of opinion are handled by declaring people who are on one's side 99% of the time as fake libs."

I don't mind going to the trouble pointing out the factual and ethical errors of the Haters, but the fix is in, in favour of the Haters, so I'm not doing it any more. And I don't care what anyone says, Maria will always be Natalie Wood to me.